SEOUL, Jan. 18 (Yonhap) -- A lower court court on Wednesday meted out a 10-year prison sentence to a former head of Daewoo Shipbuilding & Marine Engineering Co. who is at the center of a massive accounting fraud case.

"It seems that Ko was aware that there was extensive accounting fraud to make up for operating losses and achieve the operating profit target," the court said in its ruling. "Overall, his intentionality about the fraud is sufficiently recognized, and (he) is responsible for his failure to redress it."

In July, Ko was indicted on charges of over-reporting some 5.7 trillion won (US$5 billion) in net assets from 2012 to 2014 by under-reporting the production cost or neglecting losses suffered by the firm's affiliates.

Based on the higher credit rating unlawfully earned by doctoring its books, the shipyard allegedly received some 21 trillion won in loans between 2013 and 2015, according to prosecutors. 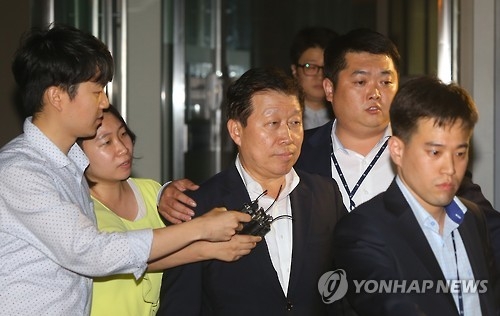