SEOUL, Jan. 19 (Yonhap) -- North Korea has probably built two missiles presumed to be intercontinental ballistic missiles (ICBMs) and placed them on mobile launchers for test-firing in the near future, military officials said Thursday.

The two missiles are estimated to not exceed 15 meters in length, making them shorter than the North's existing ICBMs, the 19-20 meter-long KN-08 and the 17-18 meter-long KN-14, the officials familiar with the matter told Yonhap News Agency.

The North appears to have intentionally leaked the new missiles to send a "strategic message" to the incoming government of Donald Trump who takes office on Friday, they said.

The officials didn't provide the exact date for when the missiles were picked up by intelligence, although it is estimated that the U.S. detected them on Monday when the U.S. Navy hurriedly moved its sea-based X-band radar system to the western part of the Pacific Ocean from seas off Hawaii. 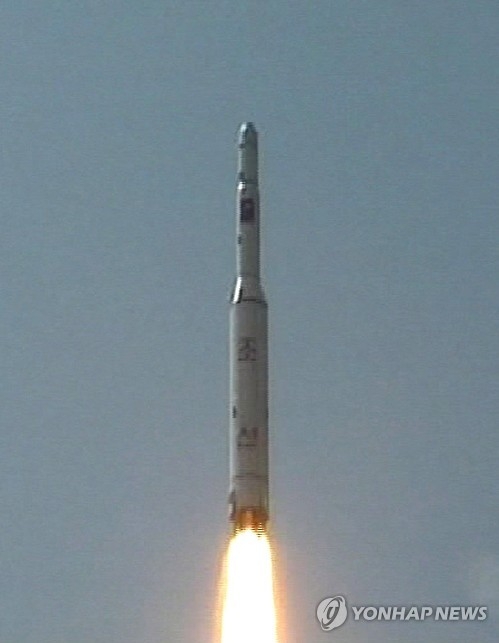 Experts say the North is likely to fire off a new ballistic missile that flies some 2,500 kilometers and claim that it has succeeded in launching an ICBM. An ICBM usually has a range exceeding 5,500 kilometers.

"It will take at least two to three years for Pyongyang to master ICBM capabilities and five more years before they can be deployed operationally," said Kim Dong-yeob, a professor at Kyungnam University's North Korean studies school.

Seoul and Washington closely monitor every military move in North Korea to effectively counter any provocations, the Ministry of National Defense said in a briefing.

"There is no imminent sign of provocations, but we remain vigilant as the North could fire a missile at any time and place determined by its leadership," an official from Seoul's Joint Chiefs of Staff told reporters.

The ministry didn't confirm whether the North has recently developed a new, upgraded prototype of their ICBM.

The North is widely expected to test-fire a missile when the Trump government outlines its policies toward the communist state or around the time of the annual Seoul-Washington joint military drill kickoff in March.

Upping the ante, North Korea's foreign ministry said on Jan. 8 that the country can test an ICBM at any place and time if its leadership gives the order.

The North's leader inspected launches of ballistic missiles and watched tests of a new engine for an ICBM and a solid-fuel rocket last year.