SEOUL, Jan. 18 (Yonhap) -- President Park Geun-hye's lawyers asked the Constitutional Court Wednesday to exclude a key piece of evidence from her impeachment trial as they claim the material was gained through "illegal" means.

On Tuesday, the court finalized a list of investigation records and material it will use in its deliberation of Park's impeachment, including several notebooks kept by former presidential aide An Chong-bum. 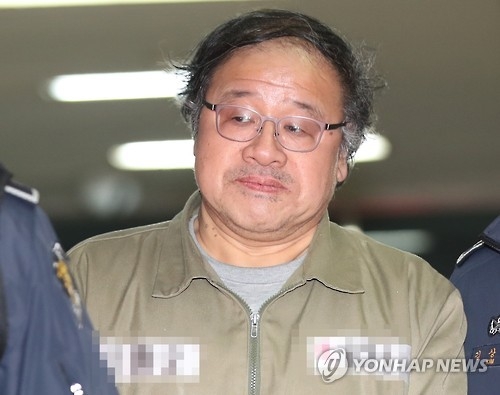 An wrote down the president's orders and remarks in 17 notebooks from January 2015 to October 2016 while serving as her senior secretary for economic affairs, and then, for policy coordination.

The notebooks are seen as critical evidence in proving whether the president colluded with her friend Choi Soon-sil to extort money from conglomerates and commit other crimes leading to her impeachment.

An has been indicted and jailed for his alleged involvement on charges of abuse of power and attempted extortion.

"Out of An's 17 notebooks, 11 were collected by illegal means," Lee Joong-hwan, one of Park's attorneys, said. "According to a Supreme Court precedent, investigation records based on illegally collected material cannot be used as evidence, either."

The court's nine justices will decide whether to accept or reject the request at the next hearing, a court official said. Though he did not specify the date, the court is set to hold the next hearing on Thursday.