SEOUL, Jan. 18 (Yonhap) -- A Seoul-based 24-hour radio for migrant workers and foreign wives residing in the country has celebrated its 9th anniversary, with ambassadors from eight nations sending congratulatory messages to the broadcaster, its operator Woongjin Foundation said Wednesday.

The radio station talks about Korean culture and traditions and provides daily tips on life in the country, news on the eight countries it covers, Korean-language classes and K-pop to foreigners here and abroad.

"The number of Internet listeners alone reached some 40 million as of the end of last year," a Woongjin official said.

The foundation will continuously endeavor to strengthen the radio station as a communication channel to help multicultural people here stably settle in the country and indulge their nostalgia," the official said. 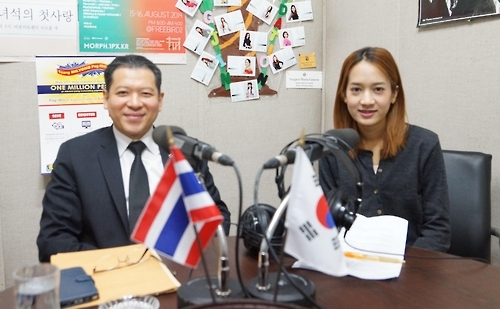