Lee makes a 180-degree turnaround from playing unusual characters such as a gangster or a con man in his previous works to an ordinary everyday man in his early 40s, whereas Kong will take on the role of his wife, an archetype of modern-day housewives.

The movie talks about Lee, a branch manager of an investment firm, who sends his wife and son to Australia. After losing everything due to bad loans, he flies to meet his family. However, he soon gets suspicious that his wife is being unfaithful and starts watching her from a distance, only to discover a shocking truth.

Lee has currently come off the hit domestic action flick "Master" and Kong has taken on a strong female lead in her latest film "Missing" released in 2015.

"A Singe Rider" is the second Korean-language film produced and presented by Warner Bros. and the debut film of writer-director Lee Joo-young, who used to be a commercial ad director before joining the film scene.

The much-awaited film is set to open in local theaters on Feb. 22. 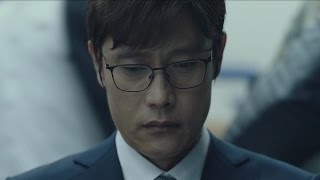