The Seoul Central District Court found the gallery operator, identified only by his last name Hyun, guilty of fabricating Lee's works in return for 50 percent of the proceeds. Four pieces have been confirmed to be forged so far.

Hyun has admitted to the allegations, though he denied any involvement in the works' distribution.

The antique dealer, surnamed Lee, has denied any wrongdoing. But the court said it took into consideration that Lee pocketed most of the profits earned from selling the counterfeits and that he failed to show any signs of regret.

A painter, also surnamed Lee, was sentenced to three years in prison, suspended for five years.

The court said the painter seems to have committed the crime due to economic difficulties and did not earn much gains from the scam.

Though artist Lee U-fan himself has been claiming that the paintings in question are all his original works, the court said other evidence shows that they were actually counterfeit. 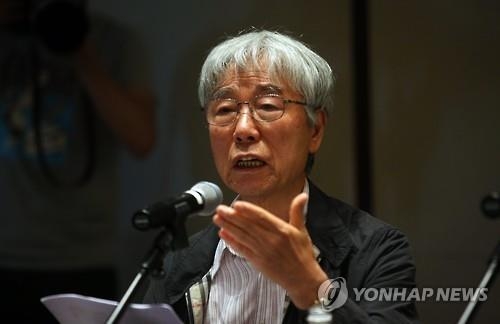