SEOUL, Jan. 19 (Yonhap) -- More than a quarter of the low-income group are indebted, with the amount of the debts rising with age, a welfare agency report said Thursday.

A study conducted by the Korea Institute for Health and Social Affairs (KIHASA) said that as of 2014, 26.8 percent of the low-income people owed an average 38.97 million won (US$33,290) of debts, which incurred 1.43 million won in annual interest payments. The low-income group was defined as those whose earnings are 50 percent or less than the national average income. The interest payments for the group accounted for 13 percent of their year's income, according to the KIHASA report.

The burden of debt increased with age. Compared with an average of 22 million won for the 18-34 age group, the debt amount for the 55-64 age group was 51 million won. The difference in part attests to the late middle-age population bearing the brunt of inflationary housing and children's education costs under insecure job conditions. 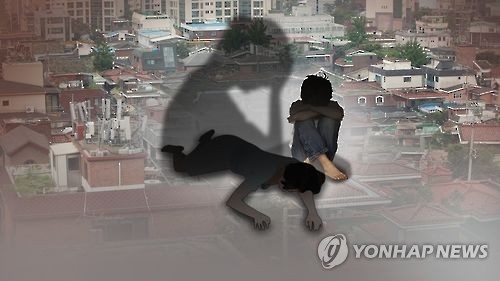 In the 65 and older group, debts from medical costs were the largest. For people 75 and older, such debts accounted for 22.9 percent.

The same report suggested that the government's financial support system for the underprivileged wasn't having the intended effect. Loans taken out from banks accounted for 18.8 percent of debts obligations for the low-income group, down from 24.1 percent in 2003. The ratio for the middle class, however, rose to 39.6 percent from 38.8 percent. For the wealthy, it increased to 44.6 percent from 41.3 percent, showing that financial resources were not benefitting the targeted population.

The low-income group instead resorted to other types of loans, including private lenders (9.1 percent), security deposit loans (5.9 percent) and credit cards (5.6 percent). The government-pushed inclusive finances accounted for only 0.5 percent of the loans, smaller than 0.9 percent for credit.
(END)