SEOUL, Jan. 19 (Yonhap) -- Investors here are increasingly shifting their money to short-term investment vehicles amid lingering uncertainties ahead of the launch of the new U.S. administration and further interest rate rises in the world's largest economy, data showed Thursday.

The money move came as investors are taking a wait-and-see attitude with Donald Trump set to take office later this week. His economic policy direction and the pace of the U.S. rate hikes remain unclear.

There is a possibility that South Korea's presidential elections, originally slated for December, will be held in the first half of this year if the Constitutional Court upholds the National Assembly's impeachment of Park in the coming months.

MMFs are short-term debt securities such as Treasury bills and commercial papers, considered as safe as bank deposits but with a relatively quick and high return.

"The bond market has so far enjoyed a long-term rally due to low interest rates. And the real estate market has also benefited from that. But there is an indication of capital shift with the U.S. interest rate hike late last year," said Lee Seung-joon, a senior official at Samsung Asset Management.

He added the capital inflow into MMFs appears attributable to investors' cautious stance before a clear sign that the economic recovery of the U.S. and other advanced countries will spread to emerging economies. 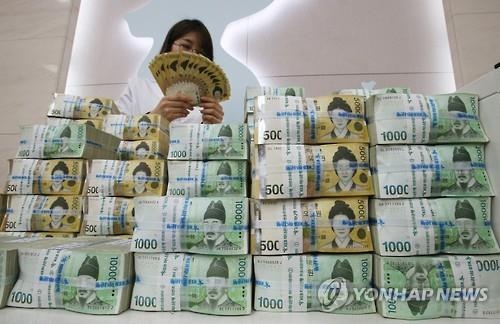