On Wednesday, Moon, former head of the main opposition Democratic Party, said he would provide more jobs by increasing the number of civil servants and reducing work hours to induce employers to hire more.

"South Korea's public sector debt has surpassed 1,000 trillion won (US$848 billion) for the first time. But we would need tens of trillions of won more to add more public sector jobs," Rep. Choung Byoung-gug, chief of the preparatory committee for the new party, said during a meeting of committee members.

Choung said Moon lacks details about how to raise funds for the pledge, and that it is mere "sweet talk," which can be considered to be deceitful to the people.

The lawmaker said such a policy will do more harm in the long term and adversely impact youth's unemployment. 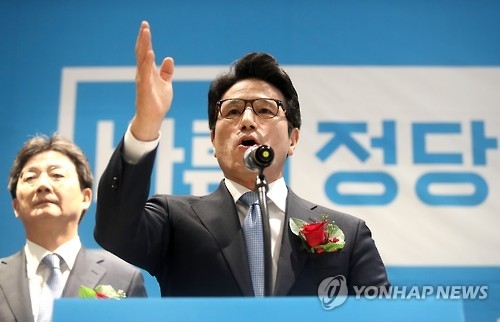