Earlier in the day, the Seoul Central District Court turned down the independent counsel's request to arrest Lee Jae-yong on charges of bribery, embezzlement and perjury.

"It was unexpected and very regrettable," Moon Jae-in, a liberal presidential front-runner, was quoted as saying by his aide. Moon added the court's decision should not result in constricting the investigation.

Seoul Mayor Park Won-soon posted on Facebook that he can't accept the decision. "Consideration of its impact on the national economy may be important, but what matters more is establishing justice."

"(The independent counsel) should show its resolve to root out corruption and reform chaebol by reapplying for the warrant," he said in the post. Chaebol refers to family-owned conglomerates in Korean.

Local conglomerates have been under fire for financially supporting Park's confidante Choi Soon-sil. She was arrested on charges of exerting influence on state affairs for personal benefit and colluding with the president to extort money from local businesses.

Lee, heir apparent of the nation's largest business group, allegedly gave or promised some 43 billion won (US$36.3 million) in bribes to Choi in return for the state-run pension fund's backing of Samsung's merger of two affiliates in 2015.

Rep. Park Young-sun of the Democratic Party said the court's decision shows that Samsung stands at the peak of the country's power hierarchy.

In an interview with CBS Radio, the lawmaker expressed concern that the decision would adversely impact the independent counsel's investigation going forward.

The ruling Saenuri Party said it respects the court's decision, requesting the independent counsel to continue efforts to find out details on a corruption connection between businesses and the government.

Investigators said they would push ahead unwaveringly with inquiries of other conglomerates that donated to two non-profit organizations which were allegedly controlled by Choi under the aegis of the president.

Both the president and Choi have denied all the allegations and even accused the prosecution of concocting the crimes. President Park has vowed to prove her innocence in court. 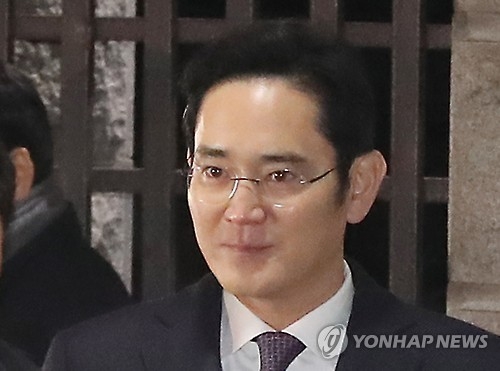