The daily foreign exchange variation of the won-dollar rate averaged 0.65 percent in 2016, marking the highest level since 2010, when the figure hit 0.81 percent, according to the data compiled by the Bank of Korea (BOK).

The figure refers to how much the rate changes compared with the previous day's closing price.

The average gap between the intra-day high and low reached 7.5 won last year, up from the previous year's 6.6 won, according to the data.

"Increased fluctuations were attributable to concerns over slowing demand from China, Brexit and expected U.S. rate hikes," said an official handling the issue at the BOK.

The greater volatility was shared by major economies, with the variation at the Group of 20 nations coming to 0.56 percent on average in 2016, up from the previous year's 0.53 percent, according to the BOK.

On Wednesday, the South Korean currency closed at 1,166.75 won against the U.S. dollar, up 7.75 won from the previous session's close. 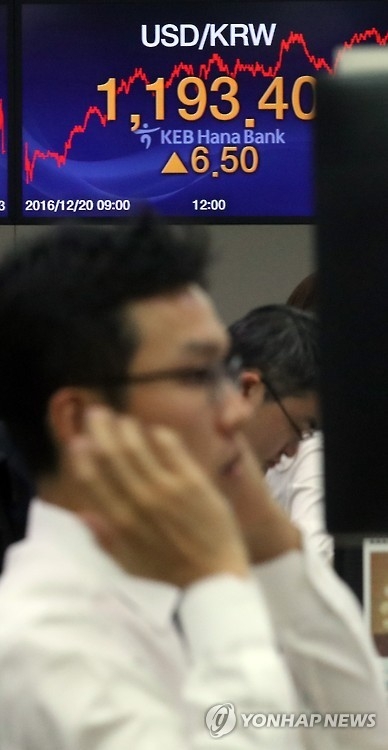