Spieth, the 2015 Masters and the U.S. Open champion, visited Seoul to attend the opening of the first South Korean store for the U.S. athletics apparels brand Under Armour. The company also launched Spieth's signature golf shoe: the Spieth One.

During the corporate event, Spieth gave quick swing tips to a select group of junior golfers in attendance. Asked about what goes through his mind in a typical round, the 23-year-old said the key is to temper his expectations. 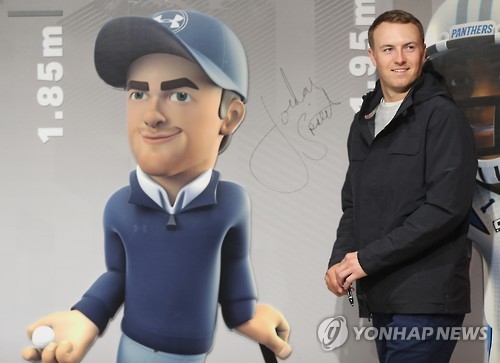 "Normally, I focus on how the course is playing and set my expectations for scores," he said. "I have one or two swing thoughts as my triggers, and I try to work my ball flights off that. I want to be confident but manage my expectations throughout the day, and also try to stay consistent."

This was Spieth's second visit to South Korea, after competing at the 2015 Presidents Cup in Incheon, just west of Seoul.

The former world No. 1 is fresh off consecutive third-place finishes on the PGA Tour.

The Under Armour tour took Spieth to Tokyo on Tuesday, two days after he completed a tournament in Hawaii. After Seoul, Spieth will also make stops in Los Angeles and Mexico City.

South Korea will host its first regular PGA Tour event in October with the CJ Cup@Nine Bridges. Because he has only set up his playing schedule through July, Spieth said he couldn't commit to the Korean event right away, though he will consider playing here.

"Seeing my fans on the other side of the world is eye-opening," he said. "I am looking forward to making Korea a regular stop." 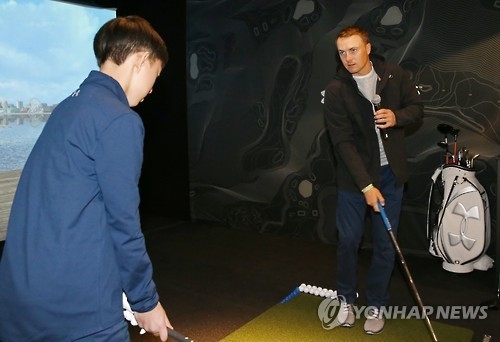