The clip, released by her agency Chungchun music, shows Kang reminiscing over memories of an old love as well as a shining diva on stage.

The vocalist's four-track EP "Sira," released on the same day, also consists of "The Stars," which sings of her determination to become a star; "In The Same Place," a remake of a song which was featured on the competition program; and "I Want To Say," which depicts her gratitude towards listeners. 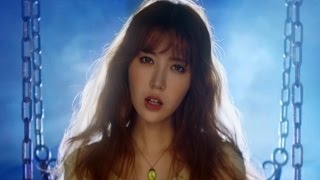