SEOUL, Jan. 19 (Yonap) -- Singer-actor Rain and actress Kim Tae-hee tied the knot in a modest wedding at a Catholic church in central Seoul on Thursday.

The two stars exchanged wedding gifts and prayed during the wedding Mass at the Gahoe-dong Church, attended by only their family members, close friends and heads of their management agencies. 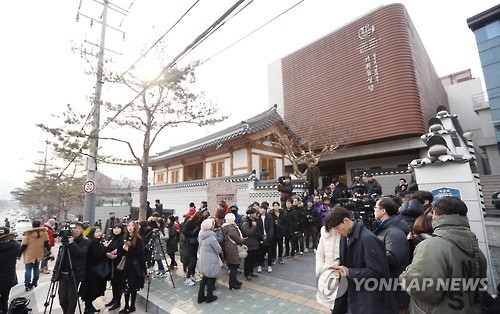 Rain and Kim, both Catholics, announced their engagement just two days ago but did not disclose the date and venue because they wanted to make it low-key. They even informed the guests of the time and venue of the ceremony only this morning.

The church was placed under tight security a few hours before the wedding as a large number of journalists gathered for the event. The groom arrived at around 1 p.m.