The last track of the iconic group will come out at midnight Saturday featuring three of the four members -- Park Bom, Sandara and CL -- YG Entertainment said.

The first official teaser poster was unveiled through the agency's official blog (www.yg-life.com) Thursday morning. It shows a woman looking at a blurry photo of 2NE1, reminiscing about their shared memories.

The lyrics, penned by CL, expresses the members' regrets over the group's sudden disbandment and their heartfelt feelings toward their fans.

The upcoming track is garnering attention as to how the members will say their final farewell to their ardent fans.

But the members will not be engaged in promotional activities after the track's release, according to the agency.

The entertainment giant officially announced 2NE1's disbandment in November 2016. The group began unraveling in April when member Gong Minzy left the agency a month before her contract expired. Gong is currently under Music Works, a small agency that also manages K-pop diva Baek Z Young. CL and Sandara will continue their careers as solo artists under the same label and Park's future plans are still unclear. 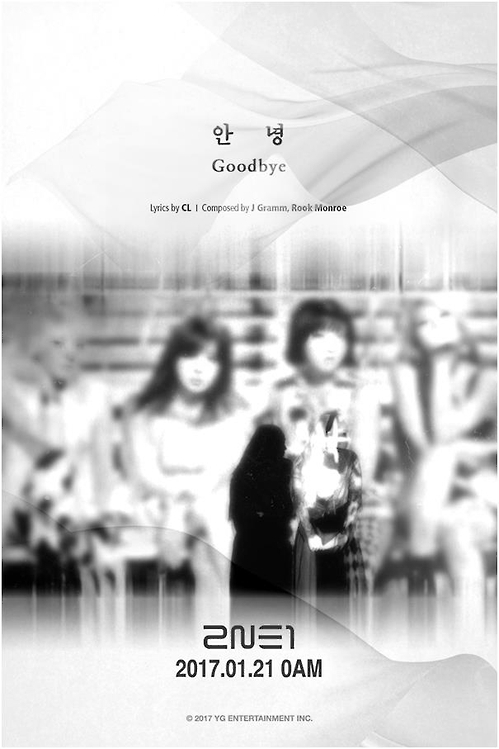