SEOUL, Jan. 19 (Yonhap) -- South Korea's ruling Saenuri Party on Thursday said it will not expel President Park Geun-hye over the influence-peddling scandal, claiming her impeachment procedures are still under way.

In Myung-jin, the party's interim head, said he has put on hold measures to punish Park through its ethics committee.

"If it was before the impeachment, the party should have punished her to reflect public demand. But now, with the impeachment process in progress, it is meaningless to nitpick her wrongdoings as a party member," he said.

In also said it is not right to attack her when the president is already coping with a political crisis.

The interim head said Park is more than just a party member, describing her as the country's dignity.

"I will protect Park even if I receive criticism for it," In added.

The Saenuri chief's remarks conflict with his earlier steps to remove key Park loyalists. The party earlier launched the ethics committee in line with steps to punish Park's loyalists such as Reps. Suh Chung-won, Choi kyoung-hwan and Yoon Sang-hyun. 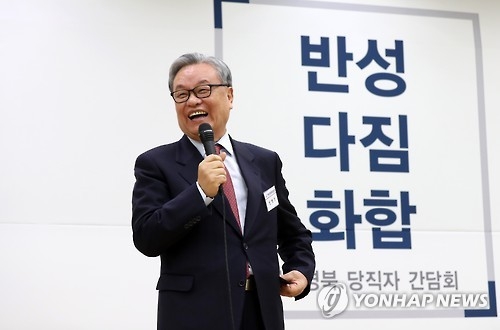