SEOUL, Jan. 19 (Yonhap) -- Moon Jae-in, a potential liberal presidential contender, on Thursday defended his pledge to create more than a million jobs against conservatives' criticism about its fiscal viability.

The former chief of the opposition Democratic Party said the government can afford to fund the plan and it is only a matter of budget prioritizing.

"Just with the 22 trillion won (US$18.6 billion) spent by the Lee Myung-bak administration on the four-river project, we can create a million jobs with an annual salary of 22 million won," Moon said.

He was referring to the former president's flagship project to refurbish the nation's four major rivers, which was criticized for the environmental damage it allegedly caused and a scandal involving contractors' collusion in bidding.

Moon pledged on Wednesday to create 1.31 million new jobs, if elected president, by increasing public jobs and reducing work hours to enable employers to hire more, drawing a torrent of conservatives' rebukes that the plan lacks details on funding.

"We are not short of financial capabilities. It is a matter of where to prioritize spending," Moon said.

Moon added he also plans to increase taxes to fund the plan.

The potential contender also said he is concerned about the shortage of time before the next presidential election, which may come earlier than scheduled in December.

"The next administration will face challenges as it must take on state affairs without a transition period," Moon also said. "Without proper preparations, there would be confusion."

President Park Geun-hye was impeached by the parliament in December over a corruption scandal. If the Constitutional Court confirms the impeachment, South Korea has 60 days to pick a new leader. 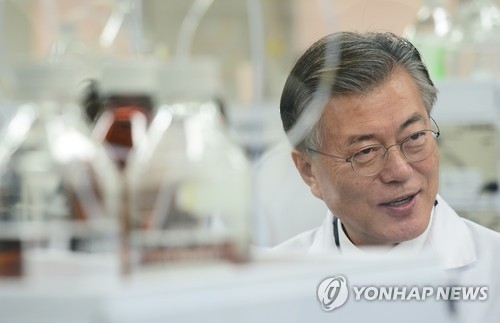