"Commercial satellite imagery collected from October 2016 through January 2017 indicates that Pyongyang's campaign to reprocess plutonium wound down at the end of last year and that the North may now be preparing to resume operations at the 5 MWe plutonium production reactor," 38 North said in a report published Wednesday.

Throughout the previous four months, there has been a continual presence of vehicles at and around the reactor, which suggests either ongoing maintenance, refueling or preparations for renewed operations, the report said.

Concurrently, while no steam exhaust was observed at the reactor or its support buildings in any imagery from October through January, the channel in the Taeryong River leading to and from the reactor's cooling cisterns was cleared of ice and dredged between December 1 and 29, it said.

"Taken as a whole, these activities suggest preparations to resume operation of the reactor," it said.

The graphite-moderated reactor has been the source of weapons-grade plutonium for the communist nation. The small reactor is capable of producing spent fuel rods that, if reprocessed, could give the regime enough plutonium to make one bomb a year.

The reactor has provided Pyongyang with weapons-grade plutonium that the regime used in its first three nuclear tests, in 2006, 2009 and 2013. The North conducted its fourth and fifth nuclear tests in January and September last year. 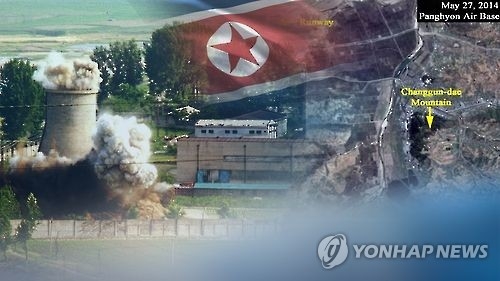