McCain, chairman of the Senate Foreign Relations Committee, also said that Chinese bullying of the Asian ally is "unacceptable" and said he hopes the incoming administration of Donald Trump ensures U.S. security commitments.

"China is escalating its campaign of economic retaliation against South Korea for the joint alliance decision to deploy the THAAD missile defense system to the Korean Peninsula to defend against the escalating North Korean threat," McCain said in a statement.

"China has cut off charter flights from South Korea, banned imports of South Korean cosmetics and other products, outlawed South Korean music, and threatened South Korean companies. China has done all of this to stop the deployment of a missile defense system, which is only necessary because China has aided and abetted North Korea for decades," he said. 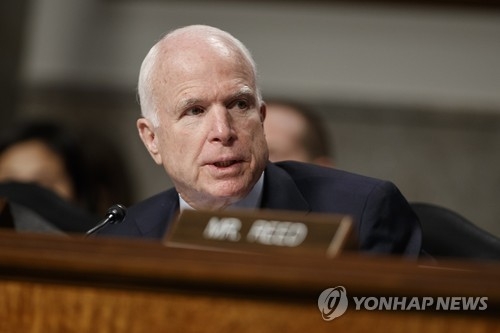 South Korea and the U.S. decided last year to deploy a THAAD unit to defend better against the North.

Beijing has taken a series of economic measures in apparent retaliation for the decision, such as import bans on a number of South Korean products, tax and other inspections against Korean businesses and tightening of regulations on Korean cultural products and tourism.

"Actions speak louder than words. If China believes in free trade and has genuine concerns about the deployment of THAAD in South Korea, it should cease its attempts to undermine South Korea's sovereign ability to defend itself and use its considerable influence to pressure North Korea to stop its destabilizing behavior," McCain said.

The decision to deploy THAAD is unlikely to change under the Trump administration.

Trump's White House National Security Advisor Mike Flynn and his South Korean counterpart Kim Kwan-jin agreed in talks earlier this month to push ahead with the deployment as scheduled. Flynn also said last month that THAAD is a symbol of the U.S.-Korea alliance. 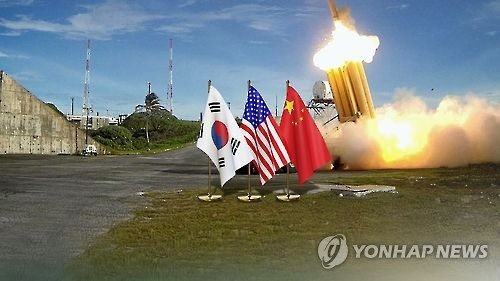