SEOUL, Jan. 20 (Yonhap) -- A South Korean court held a hearing on Friday to decide whether to issue warrants to arrest the country's culture minister and a former presidential chief of staff over their suspected involvement in the blacklisting of cultural figures deemed critical of the conservative government.

An independent counsel team, looking into an influence-peddling scandal involving President Park Geun-hye and her confidante, on Wednesday requested the warrants for Minister Cho Yoon-sun and former top secretary Kim Ki-choon on charges of abuse of authority and perjury.

They attended the hearing at the Seoul Central District Court in the morning. The result is likely to come out late at night.

"I will sincerely go through the court's review proceedings," Cho told reporters as she arrived at the probe team's office in Seoul before heading to the court. Kim declined to comment on questions from reporters. 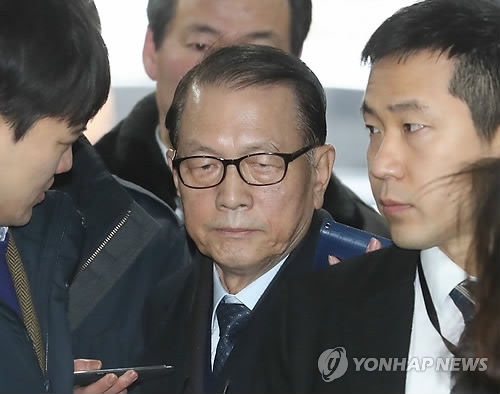 Kim, who served as the presidential chief of staff from 2013 to 2015, is said to have exerted huge influence on state affairs beyond his position.

They also face charges of making false statements under oath as both flatly denied the allegations during parliamentary hearings.

The probe team declined to give details on when the list was drafted.

The investigation team's spokesman Lee Kyu-chul said last week, "The creation and execution of the blacklist severely infringe upon the people's freedom of thought and expression." 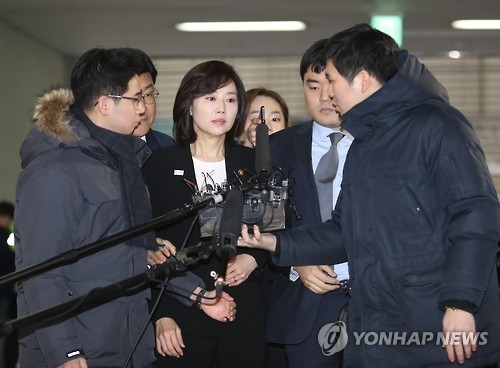