SEOUL, Jan. 20 (Yonhap) -- Stock-invested funds have lost their luster, their size now less than half of what they used to be 10 years ago as their unattractive profit showings shed investors, finance industry data indicated Friday.

According to the Korea Financial Investment Association, money in local stock-invested funds totaled 73.69 trillion won (US$62.55 billion) at the end of last year, or 15.7 percent of total funds summed at 469.31 trillion won. On a year-end tally basis, the ratio is the lowest in 11 years.

The pivot started to come in 2008 following the global financial bust from the Lehman Brothers crisis, the proportion of stock-invested funds falling from 39 percent to 38 percent in 2009 and to 29.8 percent by 2012. It dropped to under 20 percent in 2015. 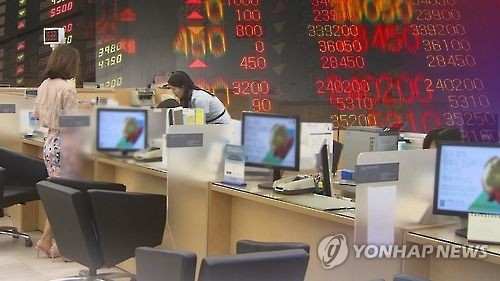