SEOUL, Jan. 20 (Yonhap) -- The main opposition Democratic Party on Friday said it will push for a motion to demand the dismissal of Culture Minister Cho Yoon-sun amid suspicions that she played a key role in blacklisting cultural figures critical of the conservative government.

Cho and former presidential chief of staff Kim Ki-choon are under investigation over allegations the government created the list of nearly 10,000 people and denied them access to state funding.

In response to a news report that Cho testified to the prosecution she made the list on Kim's orders, party floor leader Rep. Yoo Sang-ho said if it is true then they must propose the dismissal motion.

The minister, who served as the senior presidential secretary for political affairs from 2014 to 2015, denied the report.

"If she is found to have engaged in the blacklist, Cho is no longer qualified as a minister," Yoo said.

He accused the minister of making false statements during a parliamentary hearing earlier this month, where she claimed she was never involved in the blacklist. 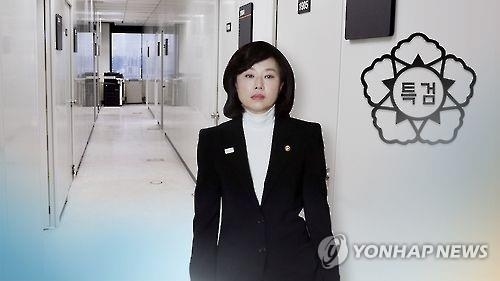 Main opposition to push for dismissal of culture minister

Main opposition to push for dismissal of culture minister