The Korea Baseball Organization (KBO) said Friday it was informed by the World Baseball Classic, Inc. (WBCI) on Wednesday that Choo will not be allowed to take part in the March tournament.

The KBO offered no further details, but the Rangers appeared to have been granted their wish to keep Choo from competing in the offseason event.

The Rangers had earlier requested the WBC organizers to keep Choo and three other players out of the tournament because of their injury history. Choo missed 114 games last year while making four trips to the disabled list. At 34, Choo is entering Year 4 of his seven-year, US$130 million contract.

Earlier in the week, Rangers general manager Jon Daniels mentioned eight of his players who will take part in the WBC to the local press, and Choo wasn't on the list. 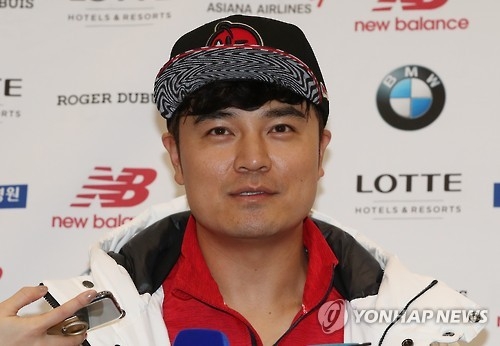 The WBC, now in its fourth edition, has always been played in March, and Major League Baseball (MLB) clubs have been reluctant to release their players for the occasion out of injury concerns.

Since the tournament is actually organized by MLB, clubs can't officially tell players whether to play or not, but they can -- like the Rangers -- file requests with the tournament organizers to prevent players with a recent injury history out of the WBC.