SEOUL, Jan. 20 (Yonhap) -- The planned Bareun Party on Friday condemned the ruling Saenuri Party for punishing one of its proportional lawmakers who is trying to defect.

The remark came as Saenuri decided earlier this week to suspend the membership of Rep. Kim Hyun-ah, a lawmaker elected as a proportional representative, for three years as she decided to join Bareun.

The Bareun Party, which will officially set sail later this month, was established with some 30 lawmakers who defected from Saenuri after clashing with loyalists of President Park Geun-hye. The president has been impeached on corruption charges. One of the members wanting to join included Kim, who would lose her lawmaker status if she leaves Saenuri voluntarily.

If Kim wants to remain a lawmaker, Saenuri must choose to oust her. At present Kim can keep her status as a lawmaker despite her membership being suspended.

The Bareun Party said it will seek to adopt a law that allows proportional lawmakers to keep their lawmakers' status even if they leave their original party. 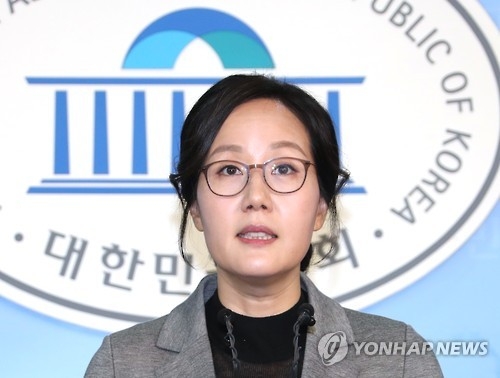