SEOUL, Jan. 20 (Yonhap) -- North Korea on Friday repeated its threat to test-fire an intercontinental ballistic missile (ICBM) at any time and place ahead of the imminent launch of the Donald Trump administration.

North Korean leader Kim Jong-un claimed in his New Year's address that his country has reached the final stage of ICBM development, followed by the foreign ministry's Jan. 8 assertion that Pyongyang can run an ICBM test at any time and place if its leader orders it. On Thursday, the South Korean military said the North has probably built two ICBMs and placed them on mobile launchers for a test in the near future.

"An ICBM test-firing is a fair self-defense step to counter the U.S. threat of a nuclear war against us (the North) that nobody can argue," the Rodong Sinmun, a daily of the North's ruling Workers' Party, said in a commentary.

The U.S. has nothing to say about whatever the North makes and tests to counter its nuclear blackmail, the daily said.

"We don't care what others say, and our ICBM will be test-fired at a certain time and place which our leadership will decide."

It's simply a robber's sophistry for the U.S., which conducted a Minuteman III ICBM test last year, to regard the North's ICBM test as a provocation and intimidation, the daily said. 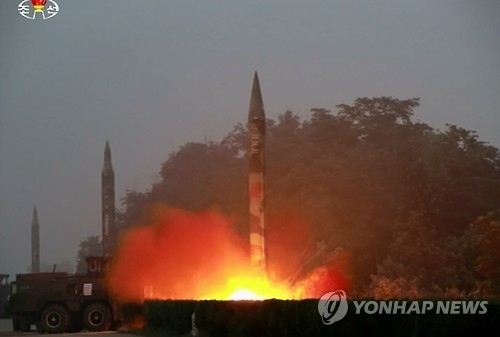