Koo made the remarks at a meeting with LG's top executives on Thursday as the group marks its 70th anniversary this year, group officials said.

Koo did not specify about how he will overhaul the group's core businesses, but the remarks came as LG Electronics Inc., the group's cash cow, is struggling with the task of turning around its loss-making smartphone business. 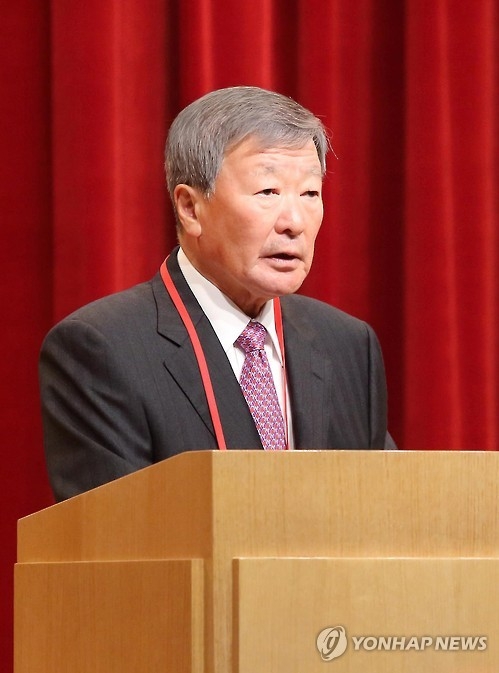 "By further accelerating the speed of the sophistication of our business portfolio, we should overhaul core businesses and nurture businesses for future growth," Koo was quoted as saying in a statement released by LG.

LG was founded by Koo In-hwoi in 1947 as a small plastics maker.