SEOUL, Jan. 20 (Yonhap) -- The main opposition Democratic Party maintained its lead over the ruling Saenuri Party in an opinion poll this week despite a decline in its approval rating, a survey showed Friday.

According to Gallup Korea, the Democratic Party's approval rating stood at 37 percent, down 4 percentage points from a week earlier. The Saenuri Party, which is currently suffering from a factional feud, saw its numbers unchanged at 12 percent.

The People's Party received 11 percent and the Bareun Party, which will be launched this month by defectors from Saenuri, got 9 percent.

The survey was conducted on 1,012 adults with a margin of error of plus or minus 3.1 percentage points.

Regarding Acting President and Prime Minister Hwang Kyo-ahn's performance, 48 percent of the respondents said they were unsatisfied while 38 percent expressed support.

Hwang took over after President Park Geun-hye was impeached by parliament on Dec. 9 for her alleged involvement in an influence-peddling scandal involving a close friend. 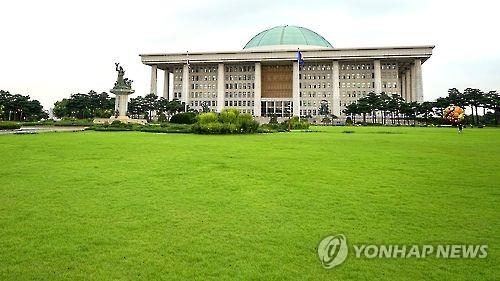