SEOUL, Jan. 24 (Yonhap) -- With about one year remaining before the start of the 2018 PyeongChang Olympics, whether or not North Korea will join the first Winter Games in South Korea will be a key factor in making the event serve its goal of promoting peace, experts said Tuesday.

South Korea will host the Winter Games in PyeongChang, 180 kilometers east of Seoul and its sub-cities, in February next year. It is also the first Winter Olympics in South Korea since Seoul hosted the 1988 Summer Games.

With "Peace Olympics" being one of the four main pillars for the event, North Korea's possible attendance at the Winter Games would well meet PyeongChang's stated targets, experts say.

Pyongyang has yet to confirm whether it will take part in the Games, but the event's top organizer Lee Hee-beom said that South Korea will welcome North Korean participation.

"Our Olympics is open to all members of the International Olympic Committee, and North Korea is no exception," Lee told Yonhap News Agency in September 2016. "Any peace-loving nation has the duty to take part in the Olympic Games." 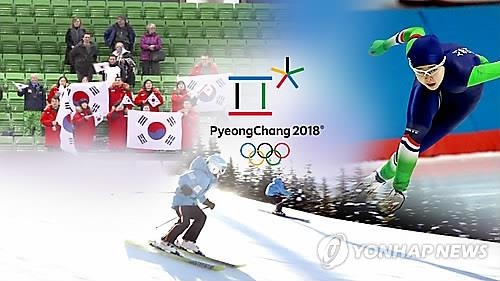 PyeongChang was one of the contested battlefields during the 1950-53 Korean War which ended in a truce, not a peace treaty. The Koreas remain technically at war, making the upcoming games particularly meaningful as a medium to foster peace.

North Korea did not take part in the 1988 Summer Olympics held in Seoul, but it sent a delegation of three high-ranking officials -- Hwang Pyong-so, Choe Ryong-hae and late Kim Yang-gon -- to the closing ceremony of the 2014 Asian Games held in Incheon, South Korea's second-largest port city.

Top military official Hwang is a close aide to North Korean leader Kim Jong-un, making him the highest-ranking North Korean official to have visited the South in recent years.

Athletes from the rival Koreas also marched under a unified Korean flag at the opening ceremony of the Olympics and Asian Games several times including at the 2000 Sydney Summer Olympics and the 2002 Busan Asian Games.

But at present, it is uncertain whether or not Pyongyang will take part in the upcoming Winter Games, given heightened intra-Korean tensions.

South and North Korea's relations have fallen to its lowest point as North Korea conducted two nuclear tests last year alone following those in 2006, 2009 and 2013. Inter-Korean exchanges and dialogue have effectively ground to a halt.

North Korea's bellicose rhetoric has intensified as its leader said in his New Year's message that the country has entered the final stage of its preparations to test-fire an intercontinental ballistic missile (ICBM).

The North's threat comes amid a complicated political situation in South Korea as President Park Geun-hye was impeached in December due to a corruption scandal involving her close friend. The South will hold a presidential election at an earlier-than-expected date this year if the chief executive is expelled following a decision by the Constitutional Court. 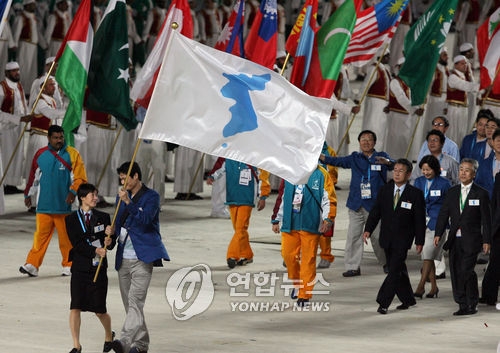 Oh Kyung-sik, a professor at Gangneung-Wonju National University, said that there is the need to propose inter-Korean exchanges in the sports field to induce North Korea to attend the PyeongChang Olympics.

Some experts cautiously raised the idea of splitting Olympic skiing events with North Korea, even though organizers of the PyeongChang Olympics maintain the stance that it would be "impossible" to do so.

The proposal centers on holding some ski events in the Masikryong ski resort in Wonsan, the North's eastern port city, some 217 km northwest of PyeongChang, an idea first proposed by a North Korean official.

"Hosting the Olympics by splitting games with Wonsan could be an option for a new administration to improve frayed Seoul-Pyongyang relations," said Kim Keun-sik, a professor at Kyungnam University.

Experts said the PyeongChang Olympics could serve as a catalyst for easing diplomatic tensions in Northeast Asia. After the 2018 Winter Games, Tokyo will host the Summer Olympics in 2020 and Beijing's Winter Games will be held in 2022.

South Korea is in a diplomatic row with China and Japan, also making it difficult for them to pursue trilateral cooperation.

A planned deployment of an advanced U.S. missile defense system in South Korea has irked Beijing as China claims the move will hurt its security interests.

China and Japan are moreover locked in a diplomatic row over Tokyo's wartime history and territorial disputes.

Some local analysts expressed hope that the PyeongChang Olympics could play a role in helping bring a conciliatory mood to Northeast Asia.

At the height of the Cold War, sports diplomacy, dubbed "ping-pong diplomacy," contributed to easing tensions and rivalry between the U.S. and China in the early 1970s.

Table tennis exchanges between the two nations brought a thaw to Washington-Beijing ties, which eventually led to then-U.S. President Richard Nixon's trip to Beijing in 1972.

"It is desirable that sports and cultural exchanges keep up the momentum when diplomatic and security channels do not work well at the government level," said Kim Han-kwon, a professor at the Korea National Diplomatic Academy. "There is the need to take advantage of these sports events in the region that will take place every two years." 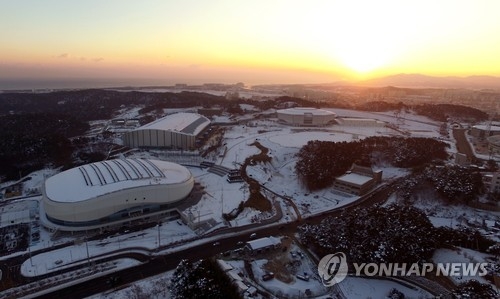