Exports of farm products reached US$6.47 billion in 2016, up from the previous year's $6.11 billion, according to the data released by the Ministry of Agriculture, Food and Rural Affairs.

Shipments of fresh fruit and vegetables including pears and paprika gained 7.5 percent to $1.08 billion, with those of processed food like instant noodles moving up 5.6 percent to $5.39 billion.

But Japan, the biggest buyer of South Korea-grown products, imported $1.16 billion worth of foodstuffs from South Korea last year, down 0.8 percent from a year earlier. 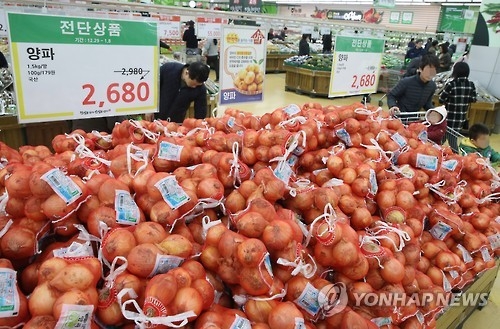