SEJONG, Jan. 24 (Yonhap) -- With only a year to go before the opening of the PyeongChang Winter Olympics, the organizers vow to enrich the global sports event with cultural elements.

For the past five years, the South Korean government has been working not only to build and shore up infrastructure for the games, but also to prepare to show Korea's soft power.

The Olympics are the perfect time where a host can share its history and tradition and display cultural prowess to a global audience. In many cases, the event has given the host country rare momentum to promote itself and take a big step toward becoming a more advanced nation, economically and culturally. 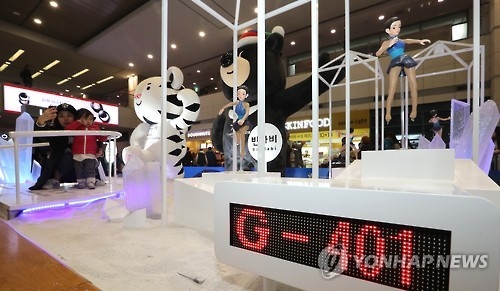 At that time, the organizers held the Cultural Olympiad across Britain. The festival included around 500 cultural events, including "Artists Taking the Lead," "Stories of the World," "World Shakespeare Festival," and "Discovering Place." It lasted for four years.

The 1988 Seoul Olympics served as a big boost for Korea. The country vastly improved general infrastructure, raised its global profile, fixed its weak points and nurtured its strength, to some extent.

Now, the 2018 one is seen as yet another golden opportunity to do the same.

In preparation to host the culturally rich Olympics, the organizers held "G-500," a national cultural festival in September last year. They also organized the "PyeongChang Biennale," an international art event, in 2013 and 2015. A third biennale will be held this year, with some 80 local and foreign artists invited. 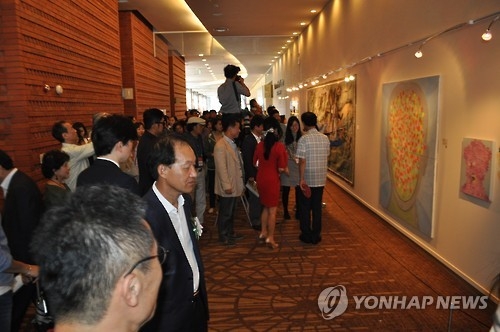 Next month, another big cultural event called "G-1 Festival" is scheduled to take place in various cities, including the capital city of Seoul, Gangneung, Jeongseon and PyeongChang in Gangwon Province, which is aimed at promoting the Olympics and igniting excitement among the public.

The opening ceremony will take place at 6:30 p.m. on Feb. 9, at the Gangneung Hockey Center and there will be a firework festival in the city on Feb. 11. A countdown event, a variety of art and music performances and photo exhibitions are planned throughout February until mid March.

To fulfill the spirit of the 2018 Winter Olympics slogan, "Passion. Connected.," the organizers are determined to discover new cultural content that carry the very message and infuse more creative, different elements to the Korean entertainment culture that gains increasing global recognition. Taking the essence from Korean aesthetics and identity as well as its tradition can be one way of doing so, the organizers say.

"The PyeongChang Winter Olympics should serve as a stepping stone for Korea to consolidate its national image as a soft power," the Ministry of Culture, Sports and Tourism said in a statement.

After all, it is well known that a successful Olympics is not only about holding various sports competitions without a hitch. Culture should be another important pillar that supports the global event. 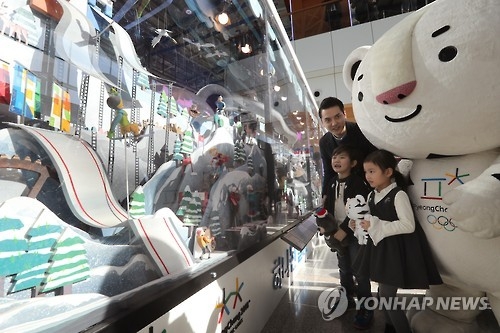