SEOUL, Jan. 22 (Yonhap) -- South Korea was ranked ninth on an international survey of financial literacy, the country's central bank said Sunday, a sign that Seoul should expand economic and financial education for its people.

South Korea received 66.2 points out of a possible 100 on the survey, which is above the average 64.9 for 17 out of 35 member states of the Organization for Economic Cooperation and Development, the Bank of Korea said.

Still, Seoul's score is slightly below the minimum target score of 66.7 set by the OECD International Network on Financial Education.

Scores of financial literacy are derived from a survey on a wide range of questions such as risks and profits, current value of currency and the meaning of inflation, the BOK said.

The survey also showed 61.5 percent of young people aged younger than 29 and 77.5 percent of people in their 70s received less than the minimum target score of 66.7, the BOK said.

It said college graduates and other young people in their 20s need to receive economic and financial education while the elderly should receive education to better prepare for retirement.

The BOK and the Financial Supervisory Service, South Korea's financial watchdog, conducted the survey on 1,820 adults between Sept. 9 and Oct. 30. The survey had a margin of error of plus or minus 2.3 percentage points. 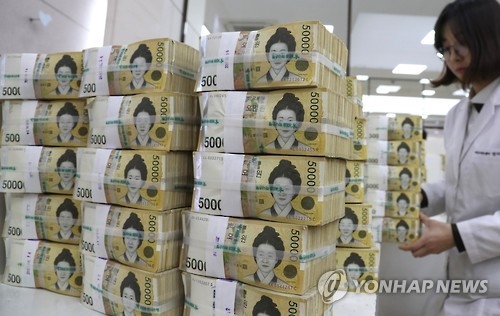