With the decision, Cho became the first incumbent minister in the country's history to be formally arrested.

"I feel sorry that the latest development caused concerns to the public. I've instructed a vice cultural minister to lead efforts to smoothly run the ministry," Hwang said.

The team of special prosecutors said Saturday that it will summon Cho and Kim the following day to investigate whether Park allegedly ordered them to make the blacklist. 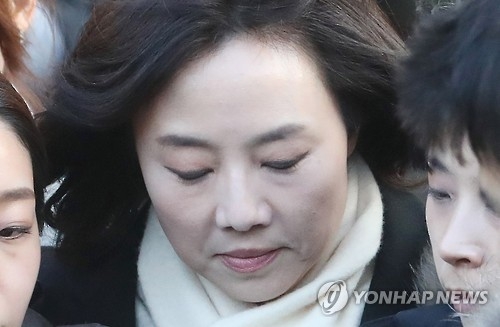