South Korea's Ministry of Justice is in talks with the U.S. government after it requested the arrest of Ban Ki-sang, the sources said. The younger Ban has been indicted with his son in New York in October.

Ban's brother and his nephew Ban Joo-hyun are accused of attempting to hand over some US$500,000 to an unidentified official from the Middle East in the course of trying to sell a building owned by a South Korean construction firm, Keangnam Enterprises, in Vietnam.

The money, however, is known to have been spent by a middleman named Malcolm Harris before reaching the official.

"Though official discussions have not begun, the two sides are exchanging views on the matter," an official said, adding they are checking relevant laws.

"Though we have no knowledge of the case, if the judicial authorities of South Korea and the U.S. are going through a consultation as reported, we hope the procedures to be carried out strictly and transparently to address suspicions people have without leaving any doubts." 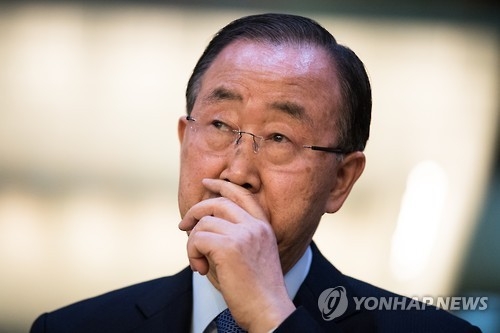