About 96 tons of eggs from the U.S. passed the state food regulator's quarantine review earlier in the day, the sources said, a week after they arrived in South Korea to serve as a cheaper alternative to the expensive eggs from local farms.

Local egg prices jumped in recent weeks as South Korea is struggling to control the spread of bird flu that has led to more than 30 million chickens and ducks being culled since the outbreak in mid-November.

Right after the eggs cleared procedures for safety checks, distributors transported some of them to discount supermarket chains in Seoul and adjacent areas, according to the sources.

They said that distribution of the imported eggs began Saturday, and most consumers will be able to purchase them at supermarket chains starting early next week. 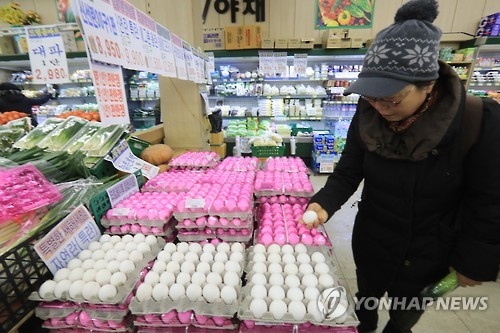 South Korea's daily egg production was 42 million on average, but it declined by more than 30 percent to around 30 million due to the outbreak of bird flu, according to the country's agricultural ministry.

The government is seeking to stabilize the egg prices ahead of the Lunar New Year holiday slated for next week when the consumption of eggs usually jumps as dishes, such as Korean-style pancakes, are prepared.

South Korea plans to import approximately 1,500 tons of eggs from the U.S. and Spain before the holiday that will run for four days starting next Friday. 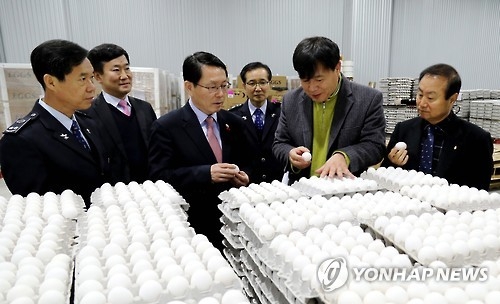