According to the National Assembly Budget Office (NABO), the country's national debt reached 638.5 trillion won at the end of last year, with an average 12.5 million won in debt per person.

For the year, the figure is expected to reach 682.1 trillion won, the parliamentary office estimated. National debt refers to the total outstanding borrowings of central and local governments owing to the central bank and domestic and foreign creditors. The figure does not include debt owed by state firms and the Bank of Korea, the country's central bank.

The sharp rise in national debt is attributable to a large increase in spending on social welfare and fiscal policy aimed at helping Asia's fourth-largest economy recover its growth momentum.

In the first 11 months of last year, the country's budget deficit reached 14.7 trillion won despite a surge in tax income. The figure is estimated to have topped the 10 trillion-won level last year. 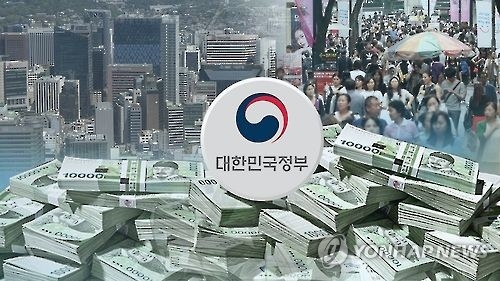