SEOUL, Jan. 22 (Yonhap) -- The South Korean won has advanced 3.2 percent against the U.S. dollar so far this year, the best performer among major currencies, making a turnaround from its sharp fall in the past few months amid concerns over rate hikes in the United States and following the U.S. presidential election, data showed Sunday.

The local currency closed at 1,169.2 won versus the greenback Friday, up from 1,207.7 on the last trading day of 2016, marking the sharpest gain among key currencies, such as China's yuan and the Singapore dollar, according to industry data.

So far this year, the Taiwanese dollar gained 2.3 percent against the U.S. dollar, the Japanese yen advanced 2 percent and the Thai baht 1.3 percent, the data showed.

The won-dollar rate closed at 1,090,000 won on Sept. 7, 2016, but then fell by some 11 percent until the end of last year out of concerns over the U.S. Fed's faster-than-expected rate hikes and Donald Trump's victory in the U.S. presidential race.

But recently, the trend has taken a pause. The local currency recouped part of its past losses against the U.S. dollar amid speculation that the U.S. Fed may be less hawkish than some had expected.

Also, Trump has recently said the dollar's gain is too strong, while U.S. Treasury Secretary nominee Steven Mnuchin has hinted at preferring a weaker currency for now.

The U.S. dollar has been rising against key currencies on expectations of Trump's fiscal stimulus, which will in turn prod the U.S. Fed to jack up the interest rates and strengthen the dollar. 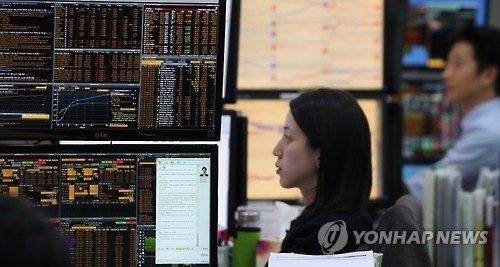