E-Mart, the country's No. 1 retailer, which currently operates 147 stores across the nation, has been opening one to five new outlets annually over the past years despite tightened regulations and increased online shopping among consumers.

But the government had regulated their operations in a bid to foster smaller retailers. Since 2012, the country's big retailers do not open their outlets on the second and fourth Sunday of every month.

Affected by such strict regulations and saturated market conditions, big retailers' market size hovered below the 40 trillion-won level between 2013 and 2015, according to the sources. 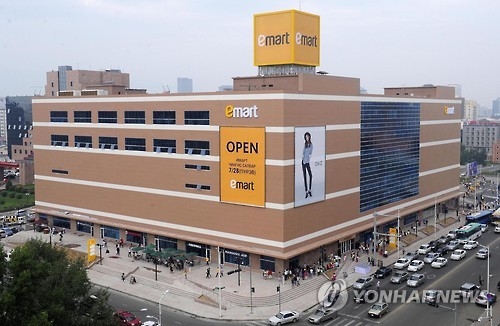