SEOUL, Jan. 22 (Yonhap) -- A Seoul subway train caught fire earlier Sunday, leading to an evacuation of about 100 passengers. No casualties were reported.

According to the fire authority, a train passing through Seoul's southern district of Jamsil caught fire around 6:30 a.m., which was extinguished in 30 minutes. The operation of the subway line was fully normalized at 7:50 a.m..

An official from Seoul Metro, the line operator, said the fire is presumed to have been caused by a power failure.

Seoul Metro is expected to face criticism as testimonies showed the operator requested passengers to stay inside the train initially at the outbreak of the fire. Some passengers said they escaped by opening the emergency door after seeing smoke. 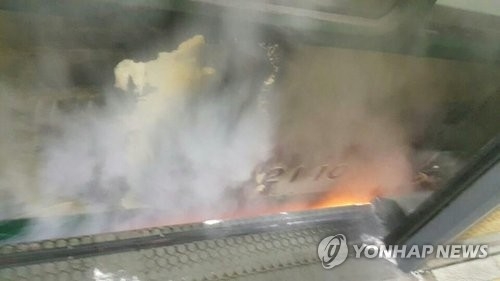