The phone conversation was arranged at the U.S.' request.

Kim met Flynn in Washington ahead of Trump's inauguration, where the two agreed to continue making progress in the deployment of an advanced U.S. missile defense system in South Korea, while maintaining a firm stance against Pyongyang's nuclear development.

In a related development, the Seoul government said South Korea's Ambassador for Public Diplomacy Cho Hyun-dong will visit the U.S. Jan. 22-25 for meetings with officials of the Trump government. 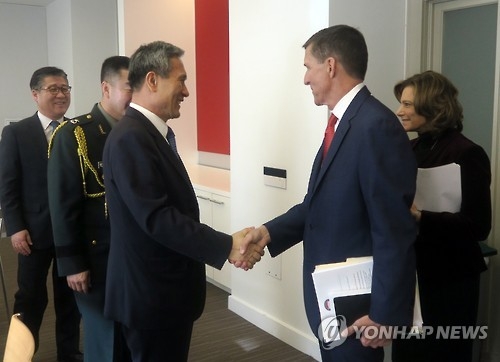