SEOUL, Jan. 22 (Yonhap) -- Sales of cigarettes in South Korea increased more than 9 percent in 2016 from a year earlier despite the government-led anti-smoking campaign and higher prices, industry data showed Sunday.

South Korean smokers purchased 72.9 billion cigarettes last year, up 9.3 percent from 66.7 billion sold a year earlier, according to the data compiled by Nielson Korea, a firm that conducts surveys. 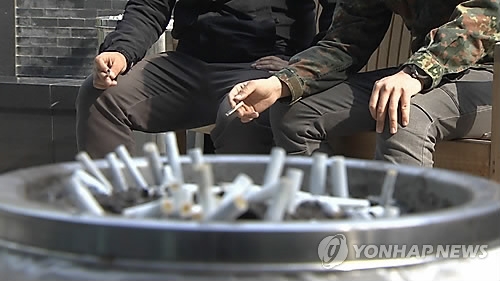 Earlier, the government said the smoking rate among South Koreans aged 19 or older dropped to 39.3 percent in 2015 from 43.1 percent in 2014, on the back of its anti-smoking campaign that included a price hike.

As part of its renewed push, graphic images of damage caused to internal organs by smoking were placed on the upper part of cigarette packets starting in December 2016.

But the actual circulation of such cigarette packs with warning images is expected to take place late this month, according to industry sources. 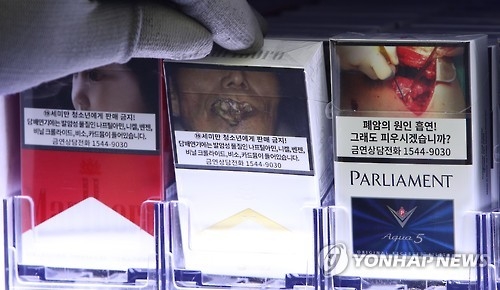 Cigarette sales up 9.3 pct in 2016 despite campaign, higher prices

Cigarette sales up 9.3 pct in 2016 despite campaign, higher prices