According to the data compiled by the country's top five banks, including Shinhan, Kookmin and KEB-Hana, the outstanding amount of such loans stood at 34.05 trillion won (US$29.3 billion) at the end of last year, up 10.38 trillion won from a year earlier. 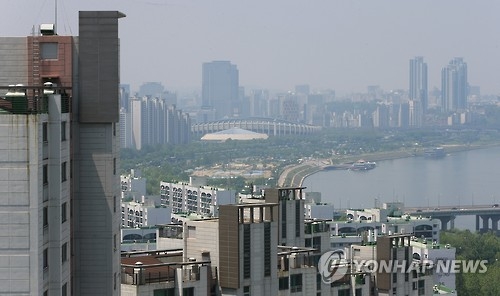 Jeonse is a home rental system unique to South Korea, where tenants pay a large sum of money as a deposit instead of paying monthly fees. Landlords profit off of the large deposits before returning the entire amount when the rental contract expires.

Such loan extension amounted to 2.32 trillion won in 2010 but surged to top 10 trillion won in 2012, as potential buyers delayed home purchases amid soaring housing prices, and they took out loans to finance their jeonse deals amid a short supply of jeonse homes.

According to Kookmin Bank, the average jeonse fee in Seoul stood at 294 million won in 2014 but soared to 420 million won last year, with the jeonse fee being equivalent to 73 percent of the actual transaction price.

In the meantime, households' monthly average income gained 0.7 percent during the third quarter of last year but inflation-adjusted income fell 0.1 percent, according to government data. 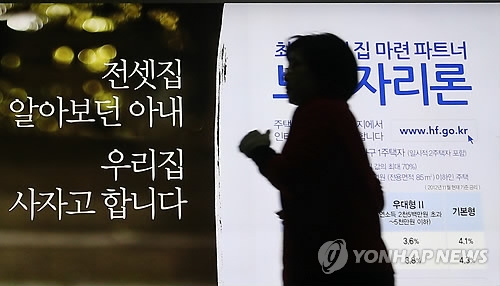