SEJONG, Jan. 23 (Yonhap) -- The number of unemployed people, when the definition is increased to include those who are studying or training to get a job, reached 4.53 million last year, state statistics showed Monday.

While the official number of unemployed last year was 1.01 million, the "real" number that counts these people jumps 4.5-fold, according to Statistics Korea.

The jobless rate is drawn from the economically active population, which excludes people who are preparing to apply for jobs and those who are not seeking work for one reason or another. People who only work half a day while studying or training for other jobs are also not included in the official tally.

Those that are not included in the tally mostly do not attend vocational academies or job training centers but instead make self-improvement efforts on their own. The number of people in this group last year reached 401,000, up from 374,000 the year before, or a 7.21 percent increase. The increase is the biggest since the 11.6 percent jump seen in the year of global economic crisis in 2008.

Then there is another group of people who work only half a day, whose amount last year increased 4 percent from the previous year to 51,000. The number of people who are not voluntarily seeking jobs reached 1.62 million last year. 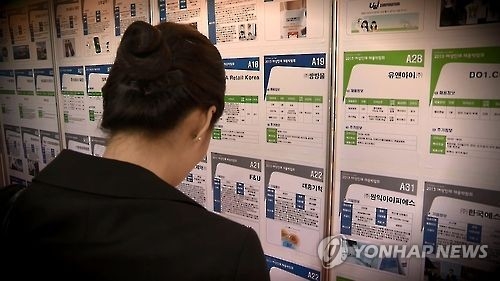