SEOUL, Jan. 23 (Yonhap) -- South Korea's Big Mac index moved down two notches from six months earlier to the 25th spot, the global index showed Monday, indicating the South Korean won may be more undervalued than it was before.

The average price of a Big Mac hamburger came to US$3.68 in South Korea in January 2017, according to the index posted on the Internet site of the British magazine The Economist.

The price marked the 25th highest among 57 countries surveyed, down two notches from the 23rd spot in July 2016.

The Big Mac index offers a semi-humorous illustration of purchasing power parity between two currencies -- the U.S. dollar and the local currency -- which the magazine says is designed to "make exchange-rate theory more digestible.

A Big Mac was sold at an average $5.06 in the United States in January, meaning the South Korean won was undervalued by 27.3 percent, it noted.

Switzerland had the highest Big Mac index of $6.35, followed by Norway where the hamburger was sold at $5.67. 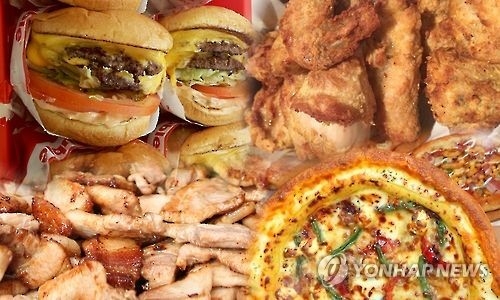