SEOUL, Jan. 23 (Yonhap) -- "The King" and "Confidential Assignment," both Korean films, dominated the local box office over the weekend, taking up slightly more than 70 percent of ticket sales, a market tracker said Monday.

"The King" rose to the No. 1 spot, attracting 1.3 million moviegoers during the Jan. 20-22 weekend, according to the real-time box-office tally from the Korean Film Council (KOFIC). Having already been seen by 1.85 million viewers since it opened last Wednesday, the political thriller starring Zo In-sung is expected to pass 2 million Monday.

The movie directed by Han Jae-rim tells the story of an underdog prosecutor named Tae-soo who rises to power after meeting senior prosecutor Han Kang-sik (Jung Woo-sung) with dark connections to political heavyweights and influential government officials but suddenly falls from grace and loses his influence with the change of government. 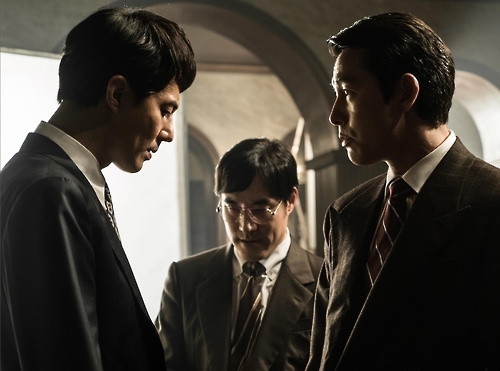 Released on the same day as "The King," the comedy-action flick is sailing smoothly after attracting 1 million viewers so far.

The movie, helmed by Kim Sung-hoon of "A Wonderful Moment" (2012), tells the story of two cops from South and North Korea who team up for a joint covert operation to hunt down a North Korean criminal ring that has sneaked into the South.

Disney's new animated film "Moana" followed in third, with 335,064 in attendance, lifting its domestic total to 1.25 million, while the Japanese fantasy animation "Your Name." took third with 260,594.

Rounding out the top five was the animated Korean film "Turning Mecard W: The Revival of Black Mirror," which sold 197,209 tickets. 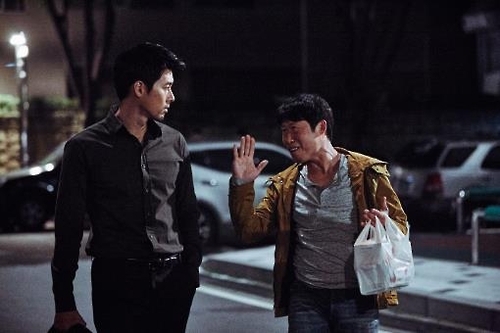