The yield rate of most pension funds over the past seven years stood at below 5 percent as of end-September, according to the data.

The analysts said such a low return translated into a de facto loss, considering price hikes over the seven-year period.

A pension fund operated by Hana Financial Investment Co. posted the highest return rate of 4.67 percent over the 2009-2016 period, followed by the one managed by Daishin Securities with a 4.52 percent return during the cited period. A fund operated by Mirae Asset Securities came next with a 4.49 percent gain.

Such a low rate was partly attributed to record low interest rates.

The analysts said over 90 percent of some 130 trillion won (US$111.4 billion) under management by pension fund operators is tied to "defined" benefit programs, under which the principal or the money invested is protected.

This prevents operators of such funds from making risky investment bets, forcing them to rely on bank interests, they noted.

The Bank of Korea has maintained its key policy rate at record low levels since 2015, with the rate currently standing at 1.25 percent following the latest rate cut in June.

The rest of the 130 trillion won invested in non-defined benefit programs had a relatively higher return rate of the low 10 percent range.

A fund managed by Kyobo Life Insurance posted the highest earning rate of 11.89 percent over the cited period, while that of a fund operated by Samsung Fire & Marine Insurance came to 8.73 percent. 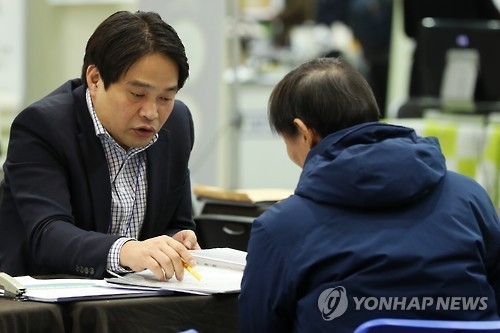 The analysts said a way to boost the return rate of pension funds was to allow more risk-taking investment, such as stocks.

Some, however, insisted the fund operators must first work to develop new and improved products that will yield maximum returns with limited risk, noting many relied on pension funds for their retirement, and a loss in their investment could mean future problems for them, as well as the whole economy.
(END)