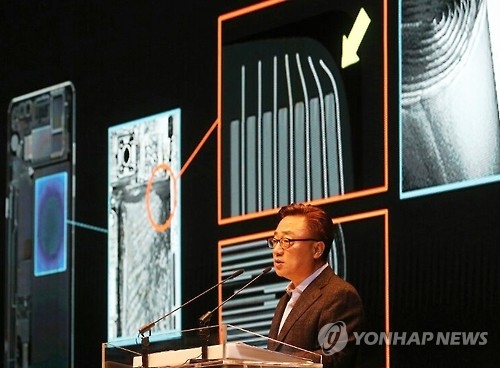 During a press conference, Koh said Samsung has "taken several corrective actions to ensure this never happens again, including the implementation of a multilayer safety measures protocol at the product planning stage, and an 8-point Battery Safety Check."

"For the last several months, together with independent industry expert organizations, we conducted a thorough investigation to find the cause of the Galaxy Note 7 incidents," Koh told reporters.

"Today, more than ever, we are committed to earning the trust of our customers through innovation that redefines what is possible in safety, and as a gateway to unlimited possibilities and incredible new experiences," Koh said.

Samsung has estimated that the Note 7 recall cost the company about US$5.3 billion.

Samsung SDI, an affiliate of Samsung, was believed to be a supplier of the batteries for the Note 7 when Samsung announced the first recall in early September last year.

Koh told reporters that Samsung will not file a lawsuit against the battery suppliers to seek compensation.

While Samsung is trying to limit the damage done by the Note 7 recall, the company is developing its next flagship smartphone, the Galaxy S8.

Samsung has no plan to unveil the S8 at the Mobile World Congress show in Spain next month, Koh said.
(END)