The 906-ton U.S. Navy ship was captured by the North in January 1968. The North claimed the ship violated its territorial waters, while the U.S. argued it was in international waters at the time of the attack. One crew member was killed in the attack, and 80 others and two civilian oceanographers were seized. All of them were freed from an 11-month captivity after the U.S. signed a letter of apology. Since then, Pueblo, named after a city in Colorado, has been on display at the War Victory Hall along the Taedong River in Pyongyang for propaganda purposes.

The U.S. should remember the shameful lesson from the Pueblo case, the North's propaganda website Uriminjokkiri said.

"Our republic has the mighty military power to counter any kind of war that the U.S. chooses," it said.

The North has the power to completely eliminate U.S. imperialism from the Earth, which has inflicted immeasurable misfortune and sufferings on the Korean people, it added.

"The U.S. will face a position more miserable than that in the Pueblo case if it forgets that lesson and frantically pursues new ways to provoke war against the North," the North's Central TV station said. 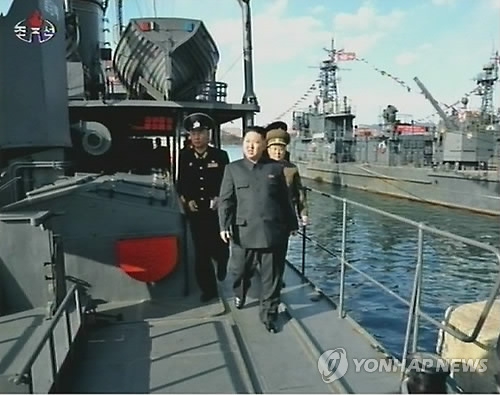