The Korea Baseball Organization (KBO) inked the pitcher to a one-year deal worth US$1.8 million, including an option for $100,000.

Manship most recently pitched for the Cleveland Indians and made two appearances in the World Series against the Chicago Cubs. During the regular season, Manship went 2-1 with a 3.12 ERA in 53 appearances out of the bullpen.

Manship made his major league debut with the Minnesota Twins in 2009, and later pitched for the Colorado Rockies and the Philadelphia Phillies.

Though only 10 of his 157 big league appearances have come in starts, Manship was mostly a starter in his minor league career. The Dinos said they expect him to be "a key member of our starting rotation" in 2017.

The Dino also noted Manship's resilience, saying he has overcome so much adversity to work his way on to big league rosters.

The KBO teams are each allowed three foreign players, at least one of whom must be a position player. The Dinos have retained right-hander Eric Hacker from last season, with Xavier Scruggs replacing slugging first baseman Eric Thames and Manship filling in for departed right-hander Zach Stewart.

Manship is scheduled to join the Dinos' training camp in Tuscon, Arizona, next week. 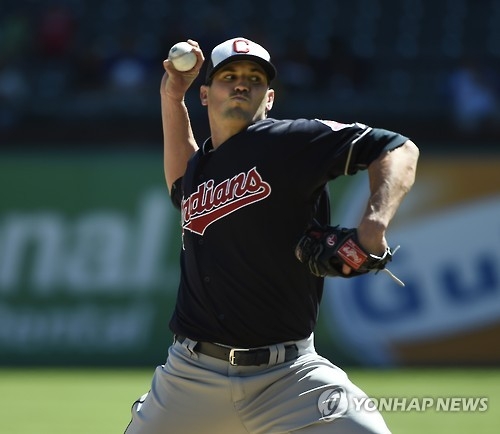