"Hyolyn will hold her first live vocal performances in New York and Los Angeles night clubs in mid-March in partnership with the U.S. Transparent Agency," the Starship Entertainment said in a release.

Hyolyn will leave for the United States in the month to take part in the annual South by Southwest (SXSW) festival set to run from March 10-19 in Austin, Texas.

Debuting as a Sistar member in 2010 with its single "Push Push," she has been rated highly for her singing skills and has collaborated with many global musicians. 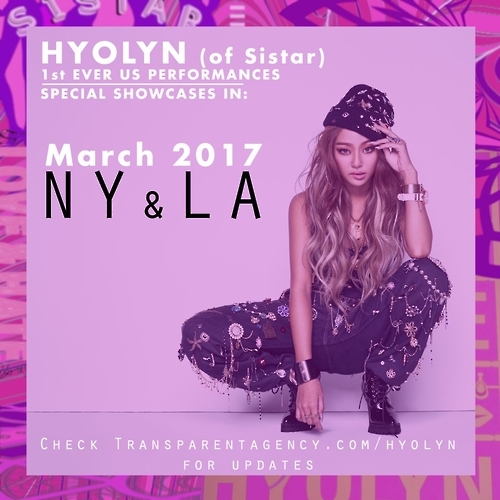