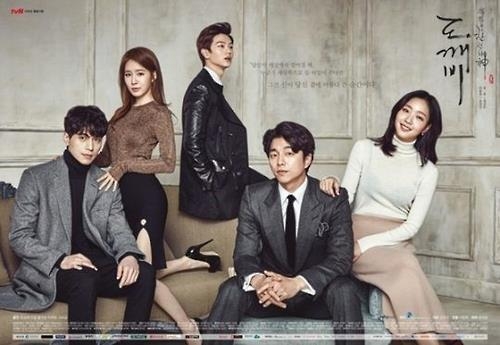 "Guardian" was highly anticipated even before its premier.

It is a modern take on the Korean goblin, grim reaper folk lore by Kim Eun-sook, who penned KBS 2TV's "Descendants of The Sun," coupled with a tragedy-romance plot that incorporates reincarnation, and moves back and forth in time.

Gong stars as Kim Shin, an unbeatable military general 900 years ago who turned into an immortal goblin after being executed by his young king on unfounded charges of treason. His opposite, Kim Go-eun, is the modern-day high school "goblin bride" Ji Eun-tak, who is able to break Kim free of his immortality curse.

The show also featured Lee Dong-wook as the grim reaper fleshed out as a suit-wearing, bureaucratic-type character and Yoo In-na as Sunny, a reincarnation of Kim Shin's younger sister and a chicken restaurant owner who falls in love with the grim reaper. 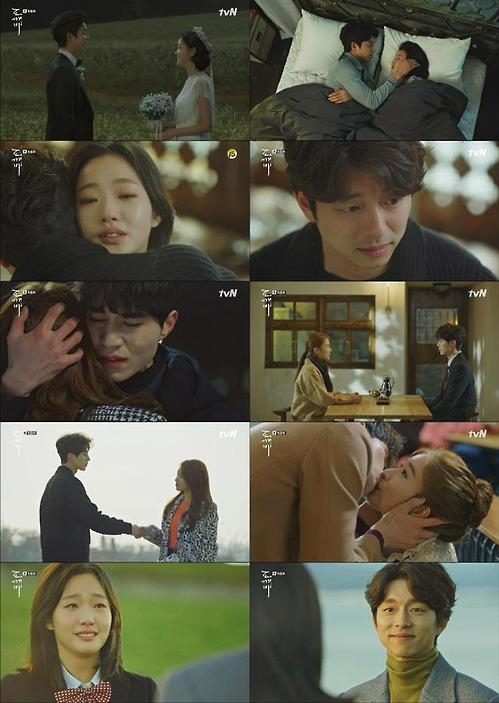 In terms of facade, the show seemed bipolar. At moments viewers were presented with a brooding, heavy-handed war drama, while at times the show seems like a light-hearted, run-of-the-mill romantic comedy.

But at heart, the show asks existential questions relating to God -- who hands Kim Shin the goblin curse -- and individual choices. And its apparent in the script.

Sunny responds, "In my store, even God has to self-serve water. I'm going to take charge of my life."

In the finale, episode 16, Eun-tak sacrifices herself to save a group of kindergarten students, challenging an event preordained by God in the show. She's later reincarnated, fights God to remember the memory of Kim Shin and falls in love with him again.

Despite such lofty ambitions, the show isn't without its flaws.

The latter part of the show, especially episodes 14 and 15 in which Kim Shin died and later made a dramatic reincarnation, were too overdramatic for many viewers, with some viewers saying the show overstayed its welcome. But the grim reaper-Sunny couple plot, in which the two risked their relationship to prolong it into their next lives, was the sole saving grace in the two rather dull episodes.